Hey guys, I've received a tip that Alone at Last would look better with lighting so.... 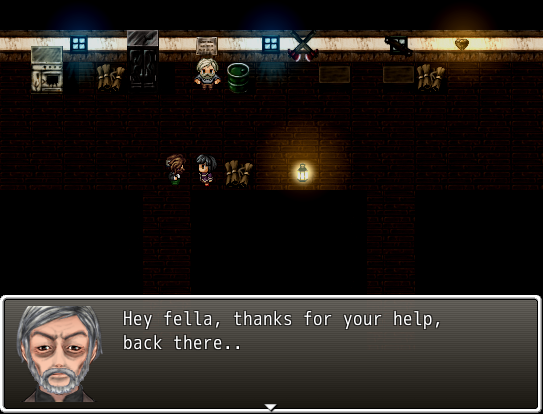 Here it is as promised, the Demo/DLC trailer video!

Alone at Last on GameJolt and IndieDB!

Alone at Last: The story in short

Alone at Last takes place in the present, a massive apocalypse has just taken place (not a zombie apocalypse). The biggest threat in this world are people and things that used to be human.

You play the game as the main character "Jim" he's a hard and cold guy because of the things that happend to him. But even though his distant mind he still owns the thing that keeps him human and sane: He cares about other people.

He doesn't know how to show it, and he's prepared to kill anyone for his own sake.
But once the call has to be made, he can't do it.
Because he cares.

This spoiled girl collides with everyone, she isn't liked as well as she wanted.
Her intetions however, are good. Once she gets to know you she grows fond of you.

Hank is an old bitter ex soldier, he's also the leader of the group. The only thing that keeps him on the damned place is his lovely wife Lady. He feels like most of his life is done for, but keeps siding with his wife, hoping they might find a calm place to enjoy the rest of their lives.

Keith is a sensitive guy, he lost his family and just can't find his place, his importance is great in the group, however he feels out of place. When he meets Jim he finds a true companion.

One of the biggest threats in Alone at Last are humans, Jim doesn't trust any strange person he strumbles across. These "Mad men" are the worst. They lost all of their humanity, like wild animals they tear any thing or anyone appart.

Scavengers can be found downtown, and in large abandonned cities. These nasty theives have no mercy and would kill in a heartbeat for any kind of loot.
Gepost door Danny J Groot op 12:46 Geen opmerkingen:

This is the main menu, on the background the main character: Jim. 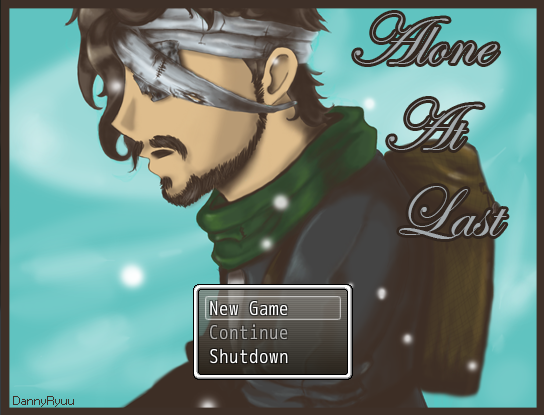 My name is DannyRyuu, a second year student Game-Art.
I am currently working on this game, as you can tell it's called "Alone at Last".

The game is made with RPG Maker VX Ace.